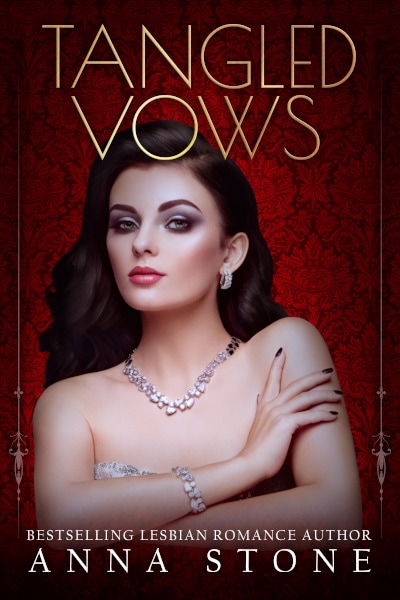 One year. Five million dollars. A proposal she can’t refuse.

Escort Ruby Scott is used to waking up in the bed of a wealthy woman. What she isn’t expecting is to wake up with a ring on her finger and married to Yvonne Maxwell, one of the executives behind the Mistress Media empire, a woman as alluring as she is cold.

For ten years, Yvonne has been sitting on an inheritance she can’t touch until she’s married. An encounter with an escort in a red dress presents the perfect solution—a marriage of convenience. In exchange for a year playing the role of her wife, Yvonne offers Ruby a life of glamour, decadence, and more money than Ruby ever dreamed of.

Yvonne is adamant that they keep their arrangement strictly business. But as Ruby’s submissive side awakens, Yvonne can’t resist the temptation to make Ruby hers, and Ruby is intoxicated by the commanding woman and the release Yvonne grants her.

As Ruby falls deeper into Yvonne’s seductive world of luxury and power games, both women struggle to keep their hearts from getting caught up in the passion between them. As threats to their fake marriage plot loom, Ruby and Yvonne find they have far more to lose than just the inheritance.

Don’t miss the first book in this sizzling-hot romance series from the bestselling author of Being Hers. Each book in the series can be read alone.